This beautiful origami art book is a collection of the best contemporary pieces from some of the worlds most renowned papercraft artists.

Based around a groundbreaking museum show by the same name, Folding Paper features the work of more than forty leading origami artists from around the world. It traces the development of paper folding in both the East and the West, recognizing the global influences on this international art form. Now in the early twenty-first century, origami is a sophisticated fine art form consisting of many different styles, from representational to geometric, abstract, and even conceptual. It has become a symbol of peace, an inspiration for engineers, and a conduit for scientific advancement. 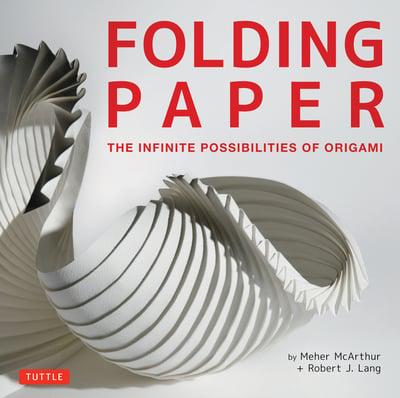