Above the Fold: New Expressions in Origami 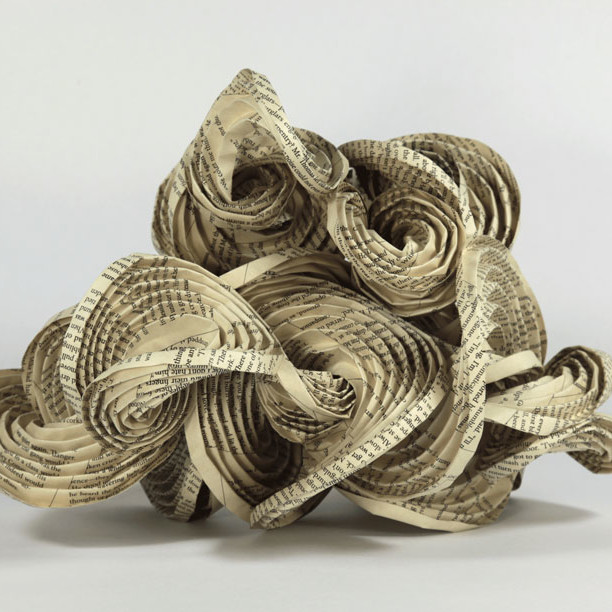 Above the Fold demonstrates the extraordinary artistic achievements being made in the world of contemporary origami. In the hands of nine international artists, what was once considered a children’s craft becomes a sophisticated and often breathtaking global art form. Paper is transformed into dramatic sculpture, large-scale installations and conceptual works that express contemporary social, political, aesthetic, and cultural dialogues. Above the Fold is the first traveling exhibition to bring a group of origami installations and conceptual sculptures from around the world to North American audiences.

Origami, literally meaning “paper folding,” has evolved from a Japanese craft into a highly expressive, global art form that intersects and impacts the realms of art and science. Today, artists from all over the world are folding paper into increasingly elaborate and provocative sculptural works, while scientists and mathematicians are using origami to unlock the mysteries of the universe. Since even our DNA is folded, origami artist Paul Jackson has expressed, “You and I are born from folding.” We are all, in essence, works of origami. Each artist has created pieces specifically for this tour, and together for the first time, their collective works will present unique and, “above the fold” commentaries on diverse aspects of modern life and art.

Organized for tour by International Arts & Artists, Washington, DC and curated by Meher McArthur. Funded in part by the Henry and Tomoye Takahashi Charitable Foundation and the National Endowment for the Arts.