Become a member and save! Already a member? Log in

This statue of a seated Buddha shows him appearing tranquil and in a deep meditative state. With the look of hand-carved stone, it is actually a stone cast model made of sand and resin. It can be displayed in an “undercover area” of an outdoor patio.

About Buddhism in Japan

The root of the Japanese word for Buddhism, bukkyō comes from (butsu, “buddha”) + (kyō, “teaching”). Buddhism has been practiced in Japan since at least 552. Buddhism has had a major influence on the culture and development of Japan over the centuries, and remains an important part of the culture. About 90 million people in Japan claim to be Buddhist practitioners and/or believers, which accounts for about 70% of the population.

The Buddha taught that through the cultivation of compassion and wisdom all human beings can grow and fulfill their highest potential. 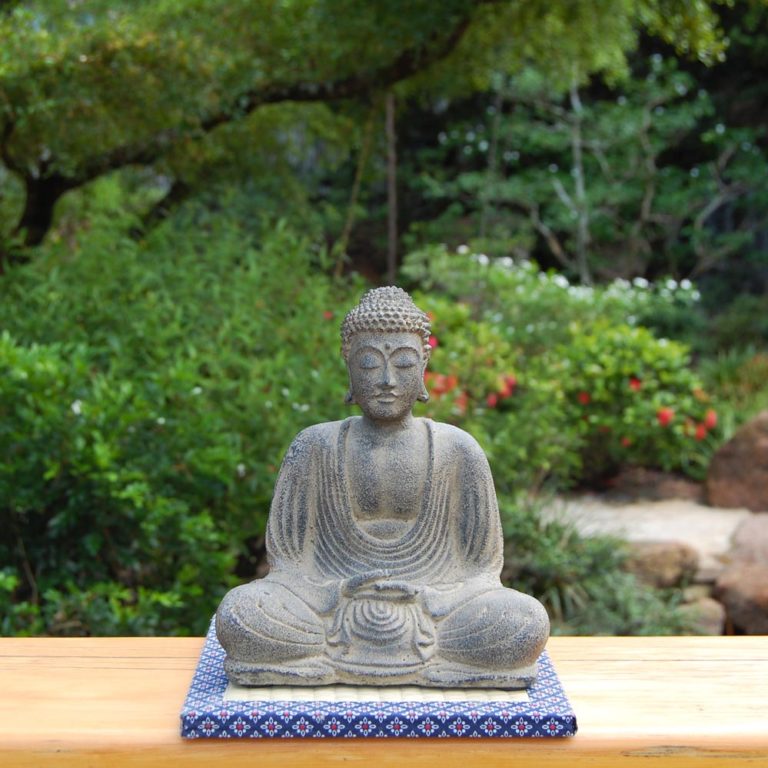