The daruma is a cultural New Year’s icon.  This armless, legless folk toy represents Bodhidharma, a Buddhist monk from India, who was committed to achieving enlightenment through meditation. It is said he lost the use of his legs and arms after sitting cross-legged for over nine years.

Traditional dolls, also known as “roly-poly” dolls have a weighted bottom and always return to their upright position.  They have become the symbol of perseverance & overcoming hardship.  Hence the Japanese phrase “Nana korobi yaoki” written on the teeshirt – translates to “fall down 7 times, get up 8.” 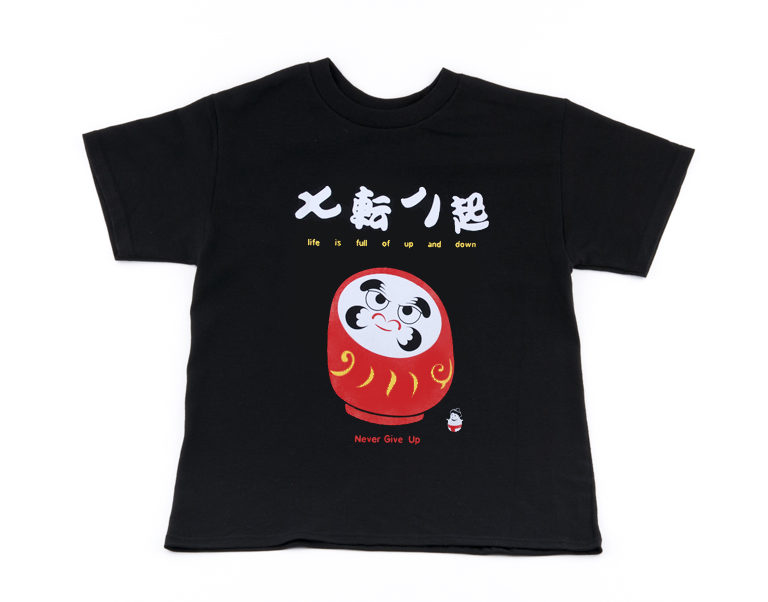